When I joined cityLAB, a small nonprofit that designed and implemented small-scale urbanism and economic development projects, in 2011, the organization was finishing up an effort with community members on researching and co-designing a set of potential projects for Garfield, a neighborhood in Pittsburgh’s East End. One of those ideas was a monthly night market. A night market could put this somewhat overlooked neighborhood on the map for people living outside of it, offer neighborhood residents a low barrier-to-entry entry for entrepreneurism (which cityLAB had heard from neighborhood residents was a priority for them), and be a place for kids and families to visit during warm-weather evenings.

My job, working with a committee of neighborhood residents and our partners (and client) at the local community development corporation, the Bloomfield-Garfield Corporation, was to make that vision a reality. 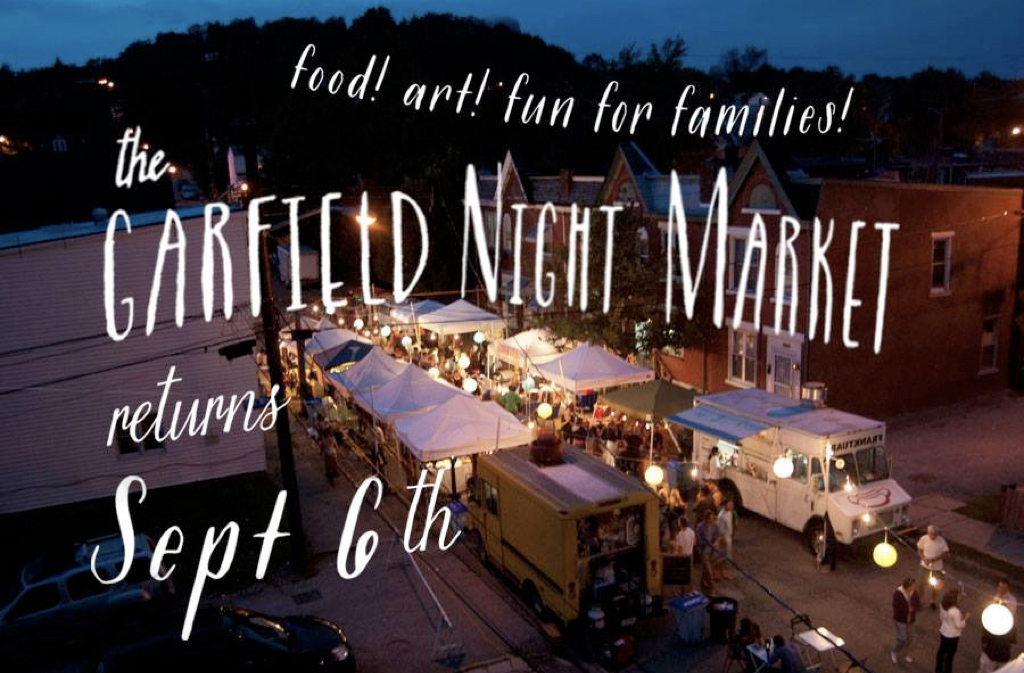 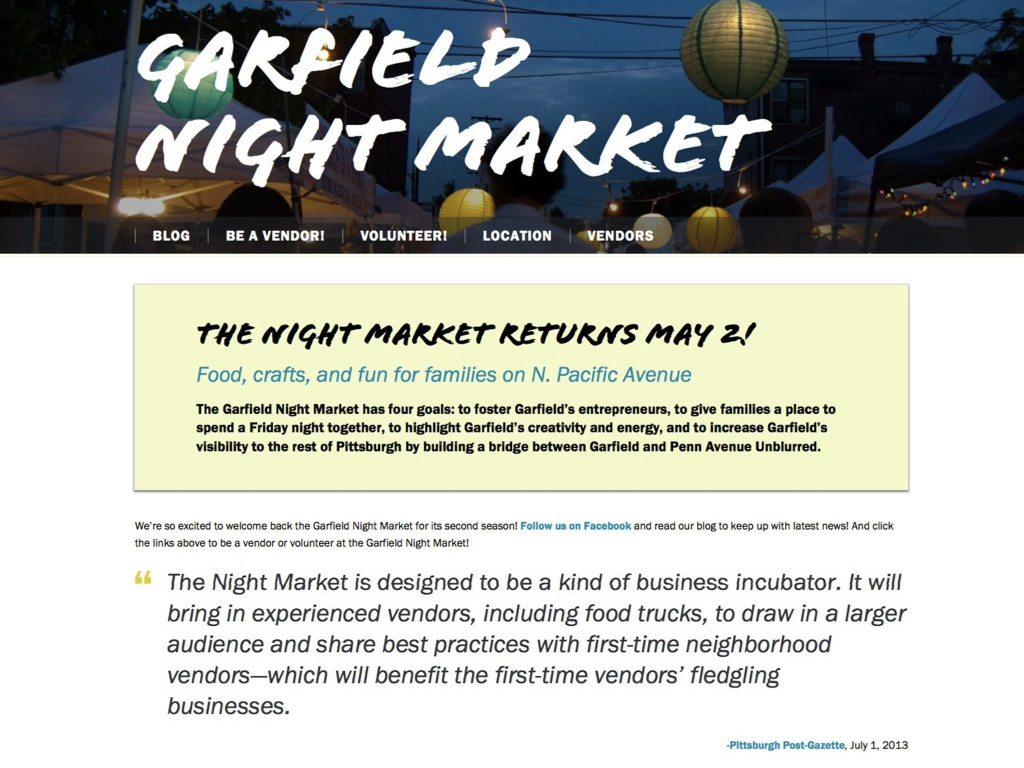 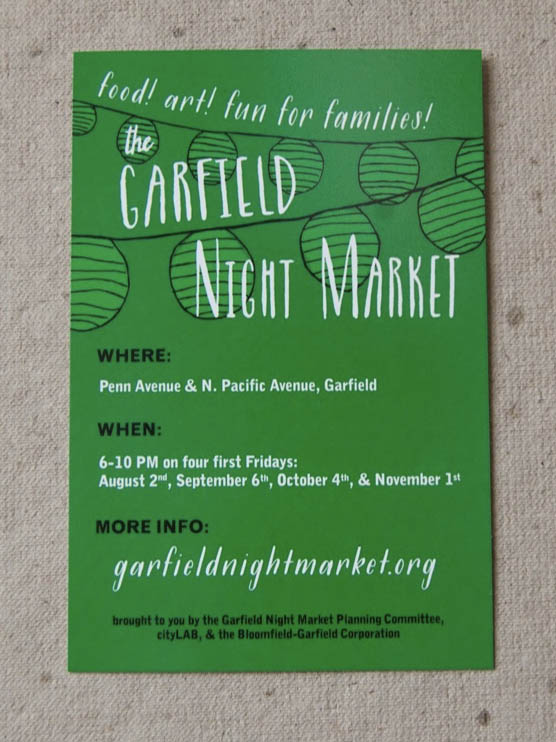 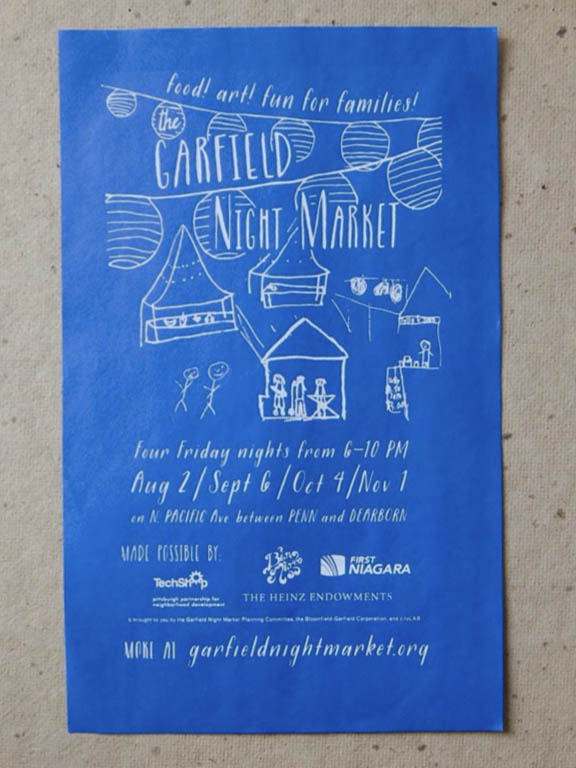 Marketing materials I designed for the Night Market (the poster was designed with help from kid artists from Garfield!)

We designed the market from soup to nuts, from developing budgets and a three-year plan to make the market sustainable; to designing, pricing, and procuring the paper lantern lighting scheme; to designing the systems for vendors to apply to sell at the market; to acquring the necessary permits and infrastructure for the market; to developing a business incubator program for first-time vendors from Garfield.

The business incubator program included both skill share parties where neighborhood residents curious about vending at the market could learn from experienced vendors; and a special program for Garfield residents looking to start food-based businesses. For the nascent food vendors, we raised funds to secure them free commercial kitchen space, free space to vend, and free food safety classes from the health department to help them test out their food-based entrepreneurial ideas with as little overhead as possible.

There were other, more anecdotal, successes as well. Years after the project became the Bloomfield-Garfield Corporation's project, someone who moved onto the street where the night market is held told me that visiting the market made her want to move to Garfield (to that very street!).

The thing that makes me the happiest about this project is that it has been adopted by the community, is still in operation, and is seen as a community asset. Since the Garfield Night Market launched, other neighborhoods in Pittsburgh have launched their own night markets; but Garfield's is the first and best.